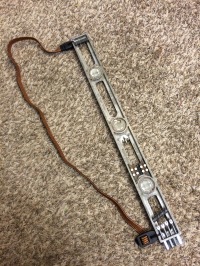 I saw this level at the antique mall about a year ago and immediately knew I wanted to make a guitar out of it, but I wasn’t sure how. I originally wanted to keep the components within the confines of the level, meaning that the outer border of the level would remain untouched, but that kept me inactive for months. It would also have deprived me of full-scale 24.75″ fret spacing, which is my usual preference. A couple of weeks ago, I discovered a configuration that would allow me to have full-scale and correctly position the pickup.So…parts wise, I used an well worn level that I believe was used in conjunction with pouring concrete, since I spent a lot of time chiseling chunks of cement out its small nooks and crannies. 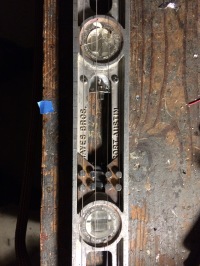 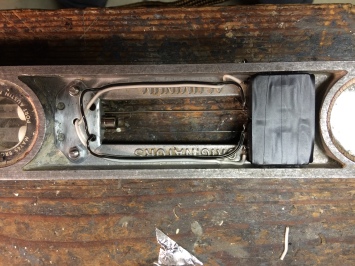 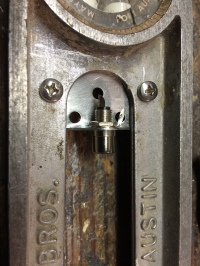 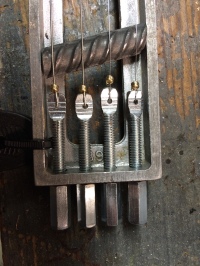 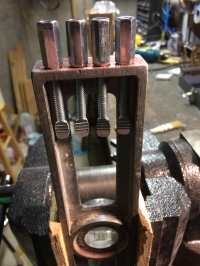 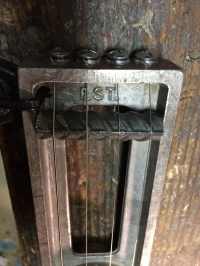 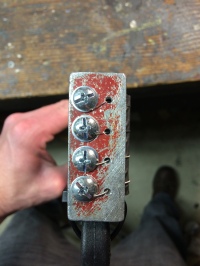 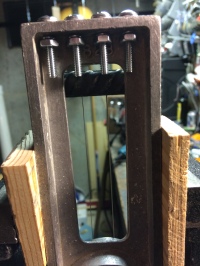 Another quick and dirty video for your listening pleasure:

All in all this four-string steel guitar turned out pretty decent, though it could benefit from higher action for better playability. I recently entered it in a local build contest at the St. Louis MO Cigar Box Guitar Club and won a Boss RC-50 Loop Station that was formerly owned by cigar box guitar virtuoso, Justin Johnson—very cool.

Bennet and I, pictured here with the steel guitar and loop station: 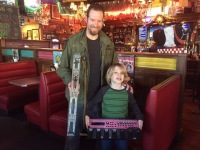